@mediatemplehelp Reaching out to you because it says this at the bottom of the page "Bandwidth graciously donated by mediatemple. " Hoping you can track down issue.

@mediatemple please can you check this out? TIA

I have been having a closer look at Canvas and today I found video feedback. It’s an unassuming little button available on the SpeedGrader (you can see it in action in this webinar Google Apps + Canvas = BFF) and more information is available in the Canvas documentation for SpeedGrader. 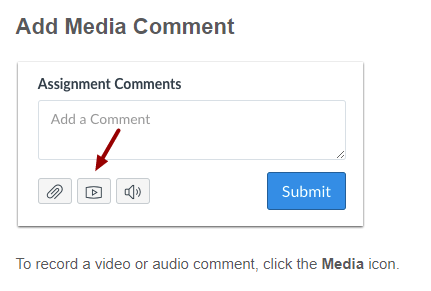 Why am I so excited by these? If you look back over some of my earlier posts and writings you’ll know that I think a video is the most powerful way to communicate with students so that they get the best out of assignment feedback.

It’s been a long time since I first stood up at an INSET day and promoted the idea to colleagues that teachers should maintain separate social media accounts. The main purpose remains keeping one’s professional interests separate from one’s personal ones and to maintain different privacy settings for these. Worst case scenarios have been reports of teachers refused jobs because of FB posts or friending students – also FB. Some people might find it easy to switch privacy settings as they go and to “just say no” to friendship requests, but those pesky privacy settings are very easy to ignore.

For several years I experimented with different configurations in order to try to show the way. It was pretty simple really, one just needs different email addresses. However, over the course of a couple of job changes, a country change, a career change, multiple accounts on Twitter, Facebook (FB) and Google, and eight years later things had got a little messy. This post describes some of the mistakes I made along the way, lots you may already have worked through but I hope some lessons might be useful and save you time.

In the summer of 2012, when I stopped teaching at secondary level, I found myself with four different FB accounts:

The first two weren’t an issue and I kept these going and still have them, more of this later. The third was easy, I just deleted the account, but the fourth was annoying because it involved creating a new id, including an email address within the college’s domain.

Lesson One: Create a fictitious ID within the work domain from the start which can be passed between whoever is or becomes responsible for social media. The main problem is that FB bans certain words from user names like “Web Master” and tries to maintain that all FB users are authentic identities. It’s a toss-up between seeing this as an opportunity to get creative or just being an irritating waste of time.

I started a Twitter account in 2009 but really got going with it in 2010. Mostly work related stuff. But by 2015 I ended up with another four accounts – three of which remain:

Quite a while ago I linked my Twitter account to FB; I felt that it was a great way to keep my work FB timeline active, though I also have a feeling that some of my work friends might hide those automated posts when I am in a particularly fervent tweeting period, like during conferences. I also created an automated publication linked to Twitter which collected various stories and collated them together. This gained me lots of new followers and is even pretty successful in finding stories that I am interested in myself.

While establishing edtechsInfo I changed my Twitter account to match. This meant I could keep all my followers and Twitter history intact. This made sense to me as this account was always primarily about work and edtech anyway. But I also wanted all my email accounts to be matched to the right Twitter accounts – makes sense right? This was more complicated because I had an extra account using one of my main email addresses. Nevertheless, after quite a bit of massaging of account settings in Twitter, I achieved my streamlined objective.

Lesson Two: Having created a FB page linked to my work FB account for edtechsInfo, I switched my Twitter account link to auto post to that page, however and I also wanted @MandyHoneyman to post automatically to my work FB timeline. Twitter doesn’t allow two separate accounts to link to the same FB account. The workaround for this was to use an old IFTTT account. So now, theoretically, I can post general work stuff via Twitter to FB timeline and edtech specific stuff to the edtechsInfo FB page. This is a new experiment so we will see how well that works in time.

None of this would be possible without multiple email addresses and now I am self-employed I am only using Gmail. But with multiple Gmail accounts come multiple Google IDs and so to my final social media playpen – Google Plus. I don’t use G+ that much… yet and most of my activity is on my very old (and kind of inappropriate) email address. But I still have tried to separate out my IDs – again based on work, edtechsInfo and play. Most important is to know that YouTube channels are also based on G+ IDs. So, for example, edtechsInfo’s G+ presence is firmly attached to edtechsInfo’s YouTube channel.

Lesson Three: Moving video around is boring and time consuming. There is, unfortunately, no way I can find to avoid having to download videos from one YouTube account and then upload to another in order to switch videos to different channels. If anyone knows of an easier way, please share.

Last night I met a middle school technology teacher and I asked her what her students learnt in class. She shocked me by replying “keyboarding”. The heightened level of shock may have been due to the St Patrick’s Day drinking that preceded my question but I had expected her to say digital literacy, e-safety, perhaps a little programming, or worst case scenario, that her students learnt how to use different software packages, perhaps Google Apps or Microsoft Office. The last thing I expected to hear was “keyboarding”.

My shock turned to frustration on behalf of her kids. How boring to be drilling through qwerty keyboard exercises – exercises that haven’t significantly changed since I learnt to type in 1976! How can these kids possibly be engaged! They must be using games like tux-typing (open source option) or other games like 2Type (I first tried this out in 2005), or maybe they have gone all out and bought TTRS ? My new tech teacher friend (NTTF) responded that the problem with typing games are that the kids get too into trying to achieve success in the game and forget that they are aiming to “master the home keys”, though she did mention Dance Mat,  from the BBC and, ironically, just one small part of its great looking KS2 (grades 2-6) Computer Science and ICT course.

But this morning, when the effects of the St Patrick’s day Guinness had worn off, I questioned my knee-jerk response to my NTTF. After all it was only 10 years ago that I visited my own secondary school’s feeder primary schools in the UK strongly recommending that they use some of their ICT teaching time with their years 5 and 6 to teaching typing skills. My argument was that students who were able to touch type were more confident on computers in KS3 (grades 7-9) and finding it easier, and much faster, to produce the coursework requirements for GCSEs (grades 10/11) – and in the KS3 ICT curriculum at secondary school there was no space for teaching typing skills (there still isn’t).

Do I think children need to be able to touch type on a qwerty keyboard? Yes. Do I think they are learning a skill they will use for the rest of their lives? Probably. Could they learn a different keyboard layout, i.e. Dvorak or alphabetic, and also type faster? Possibly. Will we ever know? Not any time soon. For fun do check out the Open Steno Project – after all these guys are the very fastest typists on earth.

So on that basis, I think that parents need to help their kids learn touch typing, starting on small keyboards for small hands. Some interesting articles worth reading about this are listed below. But do I think middle schools should spend 90 hours of kids time learning to touch type — at the expense of some other very important digital literacy subject matter? No. Make it homework, make it a lunchtime club, make it a valued skill? Yes.

I spent the last couple of days emerging again into the world of edtech having hibernated over the winter. On Tuesday I went to a Meetup in Portland that attracted way more people than the basement room was built for, nevertheless it was a good way to meet people – we were all close!

I met a couple of guys who had driven down from Seattle for the event. They talked me through their video platform startup, circleHD.com. It sounded pretty interesting and I am still testing it. The main positive points from an edtech point of view, was that a teacher could have a free account, could store videos and share videos from their platform and, and this is the important bit, get some analytics from views. They say that are also including an annotation – which I haven’t found yet but will come back and write more when I have.

Yesterday I attended AcceleratED16 – a conference for education adminstrators (senior leadership team in UK speak) organised by OETC (an organisation that promotes edtech and arranges discounts for its members).

During one of the sessions on the professional development track Jennifer Scypinksi demonstrated using movenote to deliver a weekly newsletter presentation to staff.

I have been looking at it today in order to evaluate its use as a feedback tool to students. And I think it could be very good indeed. I have made one recording so far, though I nearly gave up because I had to fiddle around for hours to get Adobe Flash Player to listen to my microphone (switched from Chrome to Firefox in the end to get it to work). I am generally pleased with the result and I think it has real possibilities. I will need to rerecord this one because I’m not happy with the camera position.

After that I am going to compare movenote to screencastify and will post the results here.